When last I wrote, dear reader, you may recall that I was worried about being called to serve as a chaplain to a family that had lost a baby while on my CPE rounds. I never imagined that it would happen so soon–and so often.

Last weekend, I did my first of nine 24-hour on-call shifts scheduled for this summer. My first on-call shift was on Sunday, so I was responsible for all urgent calls from 8 a.m. Sunday to 8 a.m. Monday in a 900-bed, Trauma 1 hospital. There is also a Catholic priest on-staff for a few of those hours, but he presides over a Catholic Mass in the morning and then makes Communion rounds for Catholics and any other urgent Catholic sacramental calls throughout the morning. (I find it interesting that no one offers Episcopalians, Lutherans, and other weekly Communion takers the Eucharist on Sunday or any other day, but that’s for another blog.) 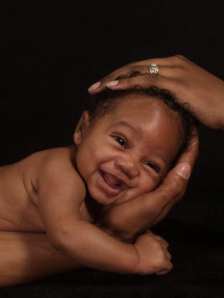 I was worried about responding to emergencies on my own for 24 hours, but never in my worst nightmare did I expect my worst nightmare. Which is what I got. No sooner had I dropped my overnight bag in the on-call room, which is 365 steps down a long, empty hallway from the ED and the elevators to other wings, when I was called to be at the bedside of a dying woman and her grieving family. As soon as I got to the room, and I mean as SOON as I entered the door in gown and gloves to greet the weeping husband, I was beeped to go to another emergency. And while trying to respond compassionately, pastorally, and calmly to the grieving family and to pray over the dying woman, and trying to find out what was waiting for me in the emergency department, I was beeped yet again.

So I spent ten minutes with the grieving father and sons and prayed with the dying patient, and then ran down to the ED to encounter another difficult, difficult situation for me: a father and teenage daughter waiting in the waiting room for a middle-aged mother who, with no previous medical history of heart problems, had collapsed at home and was in critical condition. My mother died en route to a hospital when I was 17. Thirty-one years ago, I was the weeping teenager in a hospital waiting room with my father.

I saw a husband in shock, a daughter in denial, and while I was wondering, What do I say? What is happening with the mother? How do I minister to two families at once? And how, how, how am I supposed to conduct a Protestant service at 10:30 when I am juggling two families and still wondering about how to respond to the third call? I dispatched the third call by telling the neuro ward that I would get there when I could, and then I listened to a shocked husband and teenage girl for a few minutes. And then I returned to the family upstairs.

And then I ran downstairs to  get ready for the Protestant service, but no one came. That might have been a blessing for me as my load was lightened, but perhaps it’s sad that no Protestants seek the community of worship while at the hospital. (The Catholic and Protestant services are announced before the Catholic service starts at 9:30, so perhaps people forget that another one starts at 10:30.)

I was paged back upstairs to the previous family, where the medical staff had now gathered to say goodbye, and I returned to pray again for a larger group, and then ran down to the family in the ED again to give them more information about the woman and to lead them to another waiting room.

And then, I was paged back to the bedside of the first family because the woman had now died.

You’re probably wondering, but what about the baby, Janine? Well, there were a lot of calls before that. The call that I put off during the morning turned out to be another dire circumstance with a large family spread throughout three waiting rooms, and then there were many other calls. We have an angry woman on our floor. Could you come calm her down? We have a very upset patient. Could you come help us? An elderly, sick man has no visitors and is very lonely and has regrets. Could you come speak to him?

Of course, I said time and time again. Happy to come. But I was getting worn out and starting to crumble inside at all the loss. I mean, nobody calls the hospital chaplain to give thanks for the successful surgery or the healthy baby who has just been born. We are called to deaths, serious accidents, loneliness, anger, emotional disturbance, and spiritual distress.

And each of those encounters was beautiful in its own way: lonely people got companionship. Grieving husbands were comforted (albeit feebly and probably ineptly). A woman who needed prayer while watching her sister die got some prayer. A friend watching her friend die was comforted by a blessing. And I, never knowing what to say, gave it up to God each time and said, Please, take over here, God.

And so it went. All day and all evening. It is not typical for chaplains to get 28 calls in 24 hours. I’d say that 12 to 15 calls per 24 hours is more typical. Usually, chaplains are able to get some sleep, punctuated by, say, three middle-of-the-night calls. So after an exhausting barrage of 22 calls, I lay down at midnight with some hope of getting about three to five hours’ sleep.

At 1:30 in the morning, the phone in the chaplain’s on-call bedroom rang. This is unusual, as we are usually paged through the trauma pager or the on-call chaplain pager. So I answered it, hoping for some mistake. “This is the chaplain,” I said.

“This is ____ in Newborn Special Care.” My heart sank. No, my heart did more than sink. The cliché is inadequate here. I felt the shock one feels when one has just been told that one’s relative is dying. I had seen that shock all day. I was in disbelief. My head was saying no no NO.

“We have a 22-week-old baby that is dying, and the mother has asked that he be baptized. Could you come very quickly?” (If you are wondering why a non-ordained person is baptizing anyone, it is acceptable for Catholics and most other Christians to have any baptized Christian do a baptism in an emergency.)

And so, 365 steps later, with a beating heart and shallow breath, I walked in the doors of Newborn Special Care (the nice name for neonatal intensive care unit), having never baptized a baby before or even been in the presence of a dying child, much less a premature infant. I asked for the baptism kit, and then I went in and tried to comfort teenaged parents and other relatives. To protect the privacy and dignity of the moment, I won’t describe the scene except to say that it was chaotic, painful, grief-filled, and challenging. Above the chaos, I had to nearly yell the baptism rite.

I also grieved over the difficult circumstances of the baptism. (Even the neonatal doctor said to me, “I’m sorry; those were very difficult circumstances. It’s usually not like that.”) I had often imagined the first baptism I would ever perform, and it always involved a happy, healthy baby, beaming parents, a joyous congregation, and my pouring warm water three times over the forehead of the baby while pronouncing the words. And then the anointment. “You are a new creation.” And then all the smiles. I had never, ever pictured the baptism I performed last Monday morning. I could not have imagined that. Mine were totally selfish griefs. I allowed myself to have them.

I left that family at 5 in the morning and never got back to sleep–another call to the bedside of the dying.

I am told that my first on-call night was highly unusual–people rarely get that many calls. So I hope not to have another 24-hour shift like that during my next eight weeks of CPE. But I am, of course, reluctant now to pray for that. I mean, if I pray to God by saying, “Please, let me have an easy shift,” I’m now afraid I’ll get another day like the one I had. I seem to get exactly what I have asked to be spared. I would repeat the cliché that God has a sense of humor except that I found none of this funny.

Alas, only three days after baptizing a dying premature baby, there were two patients experiencing “fetal demise” on the Gynecology floor that is part of my responsibility. I suppose I could have asked to serve on another floor, but the fact is, my fellow CPE students also have very challenging situations where they work. I would not have it any easier in another area of the hospital. And when we’re on call, we can get called anywhere in the hospital.

So here is my prayer: Next Monday night, I would like to be called to the bedside of a family celebrating the birth of a healthy child, or the joyful reunion of estranged parents and children, or to a couple that has decided to commit to one another and wants a random blessing. That would be nice. In the meantime, I will accept small consolations, such as the happy faces on families who have just received good news about their loved ones’ heart surgeries: the news is almost always good there.