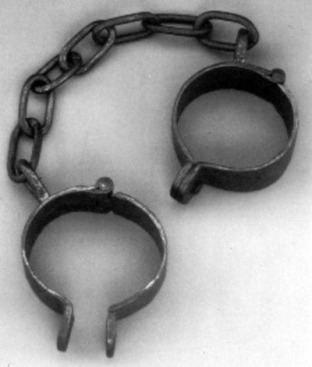 When a friend invited me to a Screen Actors’ Guild screening of Twelve Years a Slave, I was excited at the prospect of having a Q&A session with the director and lead actors. But when I read a review before I went to the screening, I balked. The reviewer warned that the movie depicted slavery very graphically, with many scenes of torture.

Many of the seminal moments of my TV-viewing life as a child were marked by watching slavery. My parents encouraged the whole family to watch the mini-series Roots, a fictional depiction of the slave trade and the lives of those Africans consigned to slavery in the United States. I was marked by The Autobiography of Miss Jane Pittman, Gone with the Wind, A Woman Called Moses, and The King and I. In my adult viewing years, I watched slavery in Glory, Django Unchained, Amistad, and countless other films.

The reason I worried about watching Twelve Years a Slave is that I have always had a difficult time watching scenes of torture or really graphic violence. Equipped with a very visual imagination and memory, I will hold onto the sights (and sounds) for a while. I told my friend, “I may need to close my eyes and plug my ears if it gets really bad.”

The movie is based on the autobiography of the same title by Solomon Northrup, a free black man in New York who was kidnapped and sold into slavery until he was rescued twelve years later. According to the director Steve McQueen, the movie is very faithful to the book, although it represents only a fraction of Solomon Northrup’s story.

The reviewers were right about the movie’s depiction of brutality, both psychological and physical. I am sorry to say that none of the types of brutality were new to me. I have watched slavery so many times that the tools and methods of slaveholders are known to me. Their depiction is still shocking, but not surprising.

However, there was something different about watching slavery for me this time. In one of the more vicious scenes, a lengthy depiction of a brutal whipping is further complicated by the sadism of forcing one slave to whip another–his friend. It was tempting to close my eyes and plug my ears during this scene.

I committed myself to standing at the cross with him, and with the other people whose lives in slavery were depicted in that film.

This is a very small commitment, but it’s very important in the long, long healing this country is going through to rid ourselves of the poison of slavery. At the Q&A, Alfre Woodard addressed the attitude of those who don’t want to watch (or act in) movies about slavery anymore. She emphasized the importance of telling these stories over and over to address our history and to work on healing.

One point this movie emphasizes is the economy of slavery–how the poison of greed (and the fear of falling into debt or foreclosure) led slave traders and slaveholders to kidnap, torture, break up families, rape, and subjugate other people. How a nation born out of a desire for individual and political freedom crafted laws so that one person could own another is astounding to me. And yet, I recognize that this was also a nation of business leaders, people who wanted economic growth and wealth and instituted employment with long hours and no pay to obtain these things.

This is most obvious in the scene where a relatively benign slave owner has to sell Solomon to a slave owner he knows to be sadistic and vicious, supposedly to save Solomon’s life. When Solomon pleads that he is a free man and has been kidnapped, the slaveholder will not hear of it–because he has to pay off his debt to the original slave trader by selling Solomon to another slaveholder.

What held me throughout this movie, as well, was the notion that a piece of paper declaring one’s freedom was all that protected Solomon from a hellish life of slavery.

A piece of paper.

For some of the workers in our own time, a piece of paper declaring citizenship is that magical piece of paper that protects them from illegal employment practices: unsafe working conditions, wage and hour violations, and more. In addition, when legally employed workers try to file complaints about such issues, their petitions are weaker because they cannot be joined by the voices of the undocumented workers. And some employers of undocumented workers stall or halt these workers’ proceedings to obtain legal status so that they will not have to pay them working wages or follow federal laws for these workers’ protection.

Watching slavery has not only brought me to the foot of that particular cross again, to mourn for those who suffered unjustly and to ask God to continue to work with us to fight racism and greed. It also has heightened my awareness of some of the unjust labor practices in our own time, labor practices that result from management’s desire to squeeze out a little more profit, and consumers’ desire to get it a little cheaper.

I pray alongside others who lobby for the workers, documented and undocumented, who struggle with insufficient pay, working conditions, and medical care. And I wonder how many “great deals” I have experienced as the result of these workers’ efforts.