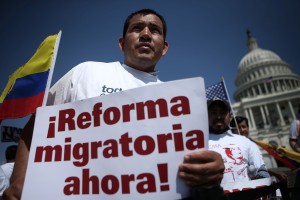 My friends in Jesus Christ,

There are moments in history in which justice seems to break through a long period of oppression in the history of a people. This passage from the book of Jeremiah refers to such a momento in the history of the Jews. The people of Judah were sent into exile in Babylon by King Nebuchadnezzar for almost sixty years. Near the end of their captivity,  God sent a message through the prophet Jeremiah. He promised that the Jews would return to their home in Jerusalem. And he also promised a new covenant, in one of the most famous quotations from Jeremiah: “The days are surely coming, says the LORD, when I will make a new covenant with the house of Israel and the house of Judah.”

This new covenant is both spiritual and practical. Practically, God is going to inspire King Cyrus of Persia to liberate the Jews and to let them return to Judah. Spiritually, God is going to put God’s law into the hearts and minds of the chosen people. It is no longer necessary to instruct people about the law of God, because God is going to write this law in their very bodies. It will be inscribed genetically.

This makes me wonder: If we too are the people of God, is the law of God also written in our hearts and minds? The New Testament of the Christians says yes. At the beginning of Paul’s letter to the Romans, Paul writes: “For what can be known about God is plain to them, because God has shown it to them. ”

Unfortunately, law and love are not the same in our world. This is made evident in the parable that Jesus tells the disciples about the unjust judge. If a person dedicated to the defense of justice is himself unjust, how can we say that God’s law is written in his heart and mind? The fundamental point of Jesus’ parable is, in effect, that God is much more just than the judges of this world.

And the difference between God and humanity is bigger than that. Not only do we have unjust judges in our world, but we also have unjust laws in our world. This is especially evident to me in the lives of immigrants in the United States.

In my life in California, the problems of borders and illegal immigration have always been present. I have heard the stories of immigrants who came here looking for work or to join family members here. I have seen undocumented workers who would line up on major streets in high end cities in Silicon Valley early in the morning, hoping that someone would pick them up for a day of work. I have also seen these workers disperse the moment the police arrive.

When my daughter was in a bilingual immersion program at school, I knew many immigrant families who came to California for the same reason my Italian grandparents came here: for work and a better life for their children. For me, it didn’t matter whether they were documented or undocumented, legal or illegal.

In the news recently, I saw something that broke my heart even more. In the Arizona desert, sympathetic people hide big bottles of water for people who are crossing the border. Hidden cameras showed some border agents collecting the bottles and pouring out the water. It’s inhuman.

I have also followed the story of the Dreamers, a group of students who have lived in the United States almost their whole lives, and yet they still remain undocumented. A few weeks ago, they cross the border into Mexico as a form of protest and then tried to walk back across the border into the United States without papers. They were arrested. Some of the young people were put in solitary confinement. This is inhuman.

Are we really a people of God? Are we really a nation under God? Because if we are, we need to ask ourselves if the immigration laws of our land reflect the law of love that God has implanted in us. I don’t believe they do.

Our friends and neighbors from Latin America have been wandering in the desert for decades. In the case of California, the land belonged to other peoples because European Americans came here. One could say that the Mexicans were sent into exile in the nineteenth century.

As I said before, there are moments in the history of a people in which justice finally makes a way for them. All over the United States, people are marching in protest for immigration reform. Two weeks ago, the Rev. Francisco Garcia and I attended a march with about 2,000 other people in Los Angeles. There were marches in 41 large cities across the country. This past week, President Obama gave a speech in which he called upon Congress to work together to reform immigration laws.

I believe, I hope that the time of liberation is now.

And we have seen that these changes are starting to occur. Just this month, our Governor Jerry Brown signed a law that permits undocumented immigrants to obtain driver’s licenses. This allows them to drive legally and avoid deportation for a driving violation.

The One who writes God’s law in our hearts and minds has brought us to this moment in history. Jesus says, “And will not God grant justice to his chosen ones who cry to him day and night? Will he delay long in helping them? I tell you, he will quickly grant justice to them.”

His next words are curious. He asks us, “And yet, when the Son of Man comes, will he find faith on earth?” Why does Jesus ask us that? As a person of faith, I would like to respond in this manner: “Of course you will find faith on earth!”

But his question makes me think. If Jesus came to this community of faith today, would he find faith? And what does Jesus mean when he says “faith”? I suspect that he wants us to ask ourselves whether our actions reflect God’s law of love. Have we created barriers in our church that keep people outside our church? Does our community of faith include many of the immigrants in Pasadena and Los Angeles?

When I look at my new church, I see the efforts we have made to invite people into our community and to offer important resources such as legal assistance. Our “Celebrando Nuestra Cultura” party last weekend was a perfect example of this.

When people begin to trust us as a place that reflects God’s law of love, they will come. Perhaps only a few at first, but later there will be more. They will look for the Christian fountains of love for those who have thirsted for a long time. They are hoping for a new convenant with God, with the government, and with us.

When they come, we must open our borders and expand our community so that it truly reflects the cultural and economic diversity of Pasadena. This growth will change us. I believe that it will change us so that we reflect even more God’s law of love.

The time is now.